The battle against invasive species

Ask any Galapagos Islands naturalist, scientist or park ranger what the biggest problem facing the islands is, and he or she will likely tell you that it’s the threat posed to local wildlife by invasive species.

Park officials, scientists and concerned citizens of the Galapagos Islands have spent fifty years battling these species, usually without much in terms of results. Recently, however, significant gains have been made in the fight against introduced species in the Galapagos Islands.

A bit of History – Introduced species in the Islands

The Islands, undiscovered by man until the sixteenth century, were remarkable for their remoteness and isolation, turning them into a true “laboratory of evolution” where limited numbers of species in small, distinctive habitats could be easily studied.

Before they were discovered, visited and colonized by man, new species arrived in Galapagos about once every century. In the last 300 years or so, dozens of non-native plants and animals have reached the remote islands.

Sometimes they were introduced on purpose, such as cats, dogs and goats, and sometimes they arrived by accident, such as rats coming off an anchored ship.

One of the most persistent introduced pests in the Galapagos Islands has been the Cottony Cushion Scale (Icerya purchasi), which has been present in Galapagos since 1982.

This insect eats many plants, both invasive and native, and is particularly hard on citrus trees. It is affecting several Galapagos plant species considered endangered, so its removal or control is a high priority.

In order to control the scale, an Australian ladybug called the Vidalia Beetle (Rodolia cardinalis) was introduced in 2002. Last month (February 2010), the Charles Darwin Foundation released the results of a three-month study done at the end of last year on the introduced ladybugs and their effect on the Cottony Cushion Scale.

The results are very positive. The ladybug has been eating the Scales, reducing their impact on local plant life. The biggest worry about introducing the Vidalia beetle was that it would feed on native insect life, but this does not seem to be the case: apparently there are enough tasty scales to go around. It seems some plants are still more affected by the scales than others, and the study is ongoing, but overall the results are very encouraging!

More good news from the Charles Darwin Research Station: the launching of Project Floreana, a five-year plan designed to focus on Floreana Island and return it to a pristine state.

Floreana has suffered greatly from human visitation, including the extinction of its Giant Tortoise subspecies. The project will focus on a sustainable ecological plan, removing invasive species (and controlling their arrival), returning native species and many other details such as creating and monitoring a no-fishing zone to protect marine life.

Project Floreana is the most ambitious single-island project of its kind in the history of the Galapagos Islands and its organizers have very high hopes for it. Here’s hoping for more good conservation news from Galapagos in the near future! 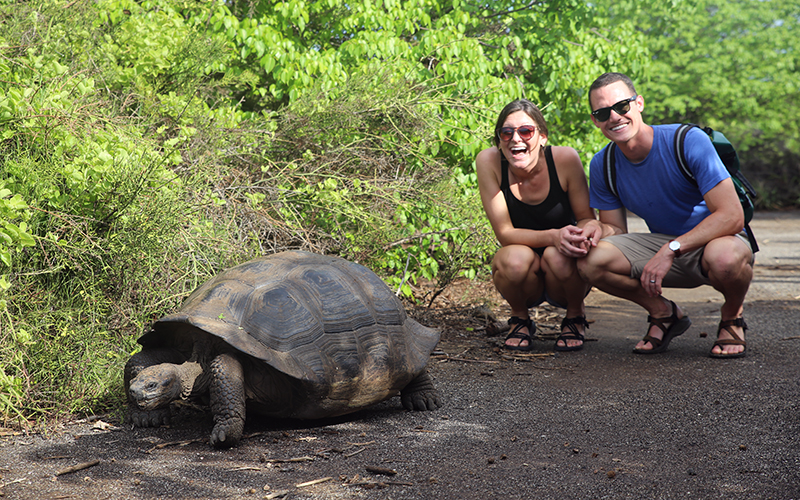