Everyone knows Lonesome George. He’s the last of his kind, the sole surviving member of his species, the only remaining Pinta Island Giant Tortoise.

George is the one who got all the Galápagos calendars, t-shirts, post cards and coffee mugs.

He’s the one had an enclosure for himself (and his girlfriends) at the Charles Darwin Research Station. But right next to George, in the enclosure reserved for the tortoises from Española, is “Super Diego.”

Super Diego, another Galapagos Giant Tortoise, has traveled more than George, done more to assure the survival of his species and is still going strong at the ripe old age of 130!

Anyone who does a little bit of reading on the subject of Galapagos Giant Tortoises soon learns that the Floreana subspecies is extinct, the Pinta subspecies is only represented by George, and the rest of them are still around.
What some people do not realize is how close a call it was for some of the other species!
The Española tortoises were in critical danger in the 1960’s, when all living Española tortoises, 2 males and 12 females, were brought to the Charles Darwin Research Station for protection. 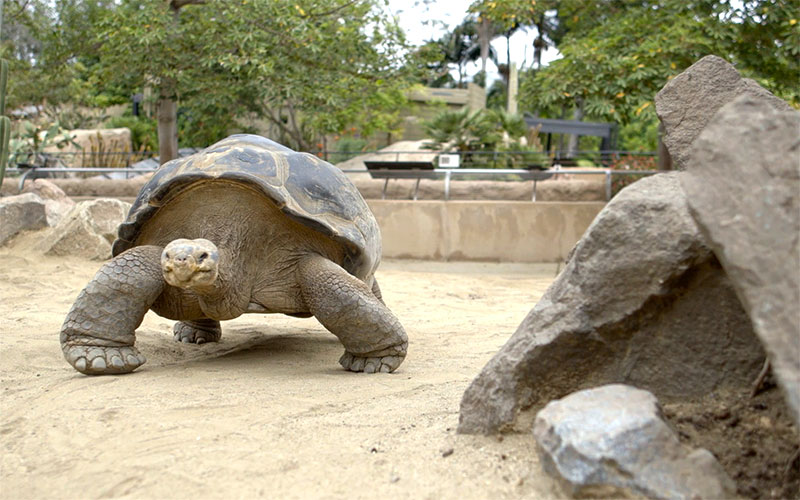 Meanwhile, the search was on for other Española tortoises worldwide.

It was known that a group of 13 Española tortoises had gone to the San Diego zoo in the 1930’s, and it turned out that one was still alive: Diego.

Diego was sent back to the Galapagos in 1977, where he rejoined his fellow Española tortoises at the Charles Darwin Research Station. Diego had been well cared for at the San Diego zoo, which had actually managed to hatch Galapagos tortoise eggs in 1959. 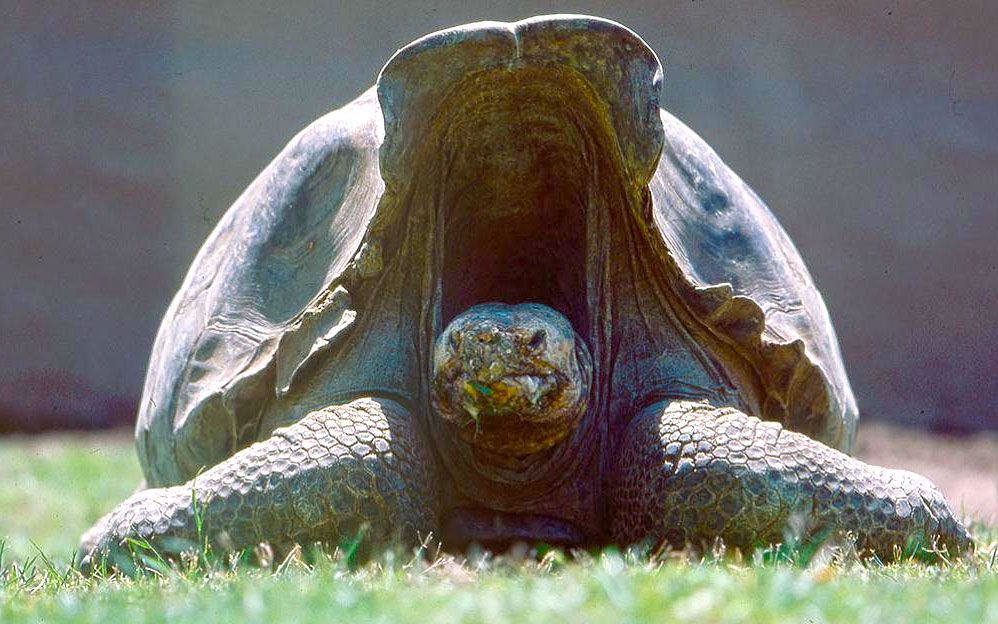 Since returning to Galapagos Diego has dedicated himself to the survival of his species. It is estimated that he has about 1,700 children!

In 1994, descendants of tortoises sent over from Charles Darwin Research Station were discovered on Española Island. Very encouraging news!

As a reward for his services, Diego was returned to Española Island to live freely for the rest of his life..

After nearly a century away, Diego is already home!