The Galapagos Islands are one of the most fascinating and mesmerizing places on earth. Volcanic islands, growing out of the ocean and being home to fascinating species such as playful sea lions, fearless birds with blue or red feet – our boobies, diving Iguanas and many more. Each island looks different, inhabits different flora and fauna, is a new world. There are so many questions, so many things to know about this enchanted archipelago. So let’s get started with 15 fascinating facts about Galapagos.

On the Galapagos Islands, you can admire many volcanoes. Those silent giants look amazing as if out of another century. But they aren’t that old and sleepy as you might think. The last volcanic activity was not too long ago, actually it happened in 2015, when the Wolf Volcano on Isabela Island erupted. There was a lot of lava flowing over the island and into the sea. The 15 km high ash cloud could be seen from far. Witnessing such events is a unique, fasznating experience, since this is the way, the islands were formed millions of years ago. Even though admiring the spectaculous event from far is a beautiful thing, an eruption is – of course – dangerous. The most affected animals in this case were the pink and yellow Iguanas as well as the tortoises living on the northern slope of the volcano. 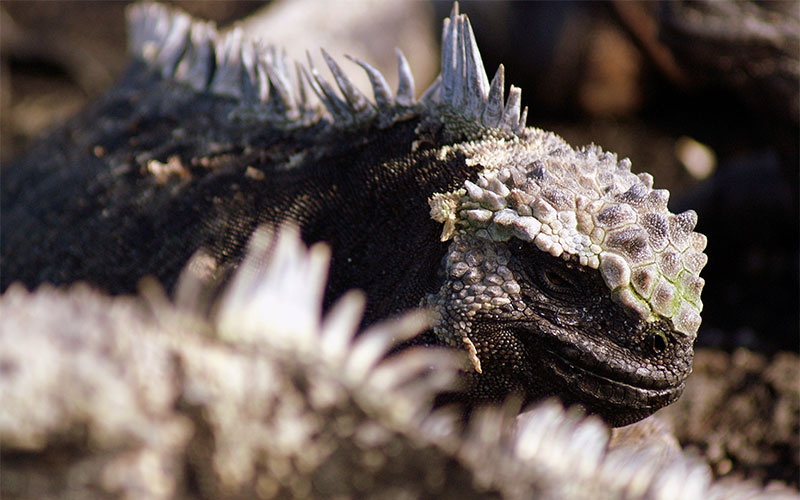 No doubt: the marine life in Galapagos is amazing! And 20% of it is endemic to the Galapagos Islands and therefore found nowhere else in the world. It sounds weird, that marine life can be endemic, no? They could all easily swim all around the oceans and see the world. Why do they stay in just one place when there is so much to see? Well, endemism in marine species is truly very rare. But the Galapagos marine life loves the perfect conditions in its archipelago. And home is, where the best food is. Amongst the endemic marine life in Galapagos, there is, for example, the only marine Iguana on earth, the most northern-living Penguin and Galapagos fur seals. 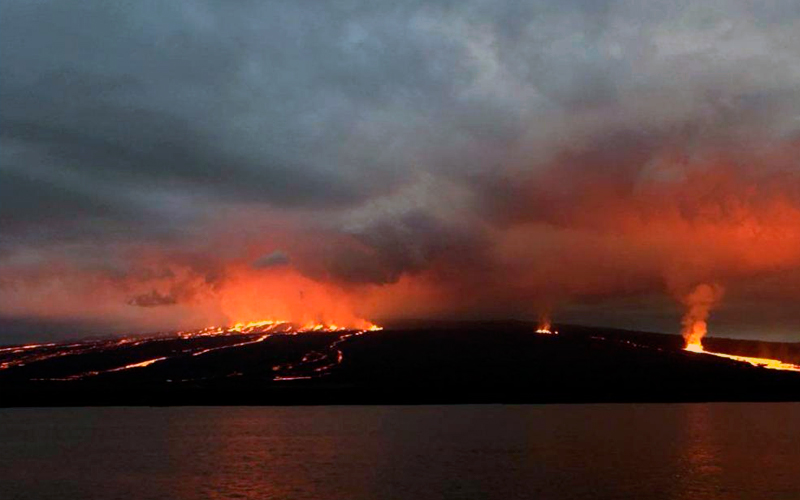 The volcanic activity in the archipelago is a result of lying on the juncture of three tectonic plates: The Pacific, Cocos, and Nazca plate. The incredible nature of Galapagos was formed due to the movements of those tectonic plates. Being placed on this juncture also leads to infrequent volcanic activities within the archipelago such as the eruption of Wolf Volcano in 2015. Additionally, the tectonic activity leads to the sinking of older islands into the ocean and rising of younger islands. The just 1 million-year-old Fernandina Island for example is still forming. 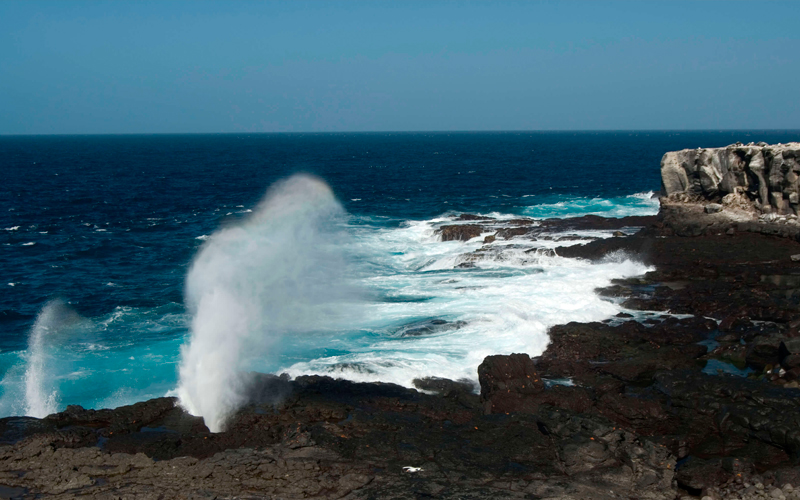 Within the archipelago, there are many different currents, like the Equatorial, Humboldt, Cromwell and Panama current. You can blame those currents if the ocean temperature is too high or low for you. The Humboldt Current, for example, joins the Equatorial Current and brings cold water to the Galapagos, which allows the Galapagos Penguin to live on the Equator. The Cromwell Current carries a lot of food for the Galapagos marine animals with it so that no one has to suffer hunger. The Panama current brings warmer water to the Galapagos and keeps the climate mild – which means, you don’t have to freeze. But careful! Currents can be dangerous for you as the undercurrents can pull you under water. But don’t worry – there are many signs telling you not to swim in these areas.

5. From Galapagos With Love

The first post box in Galapagos was established on Floreana Island, on a bay now called Post Office Bay. Centuries ago, whalers spent years on the sea in order to fill their barrels with whale oil. In the Galapagos, they could conveniently have a short rest and pick up water and food. To communicate with their beloved ones, they built the post box on Floreana Island. The communication worked by aid of other ships. Each ship stopping by the post box took the letters designated to any place nearby the route or destination of the ship. With this method, letters sometimes took years, but they were somewhen delivered. Today, tourists from all over the world continue this tradition in writing their own postcards and delivering someone else’ postcard to the named address. 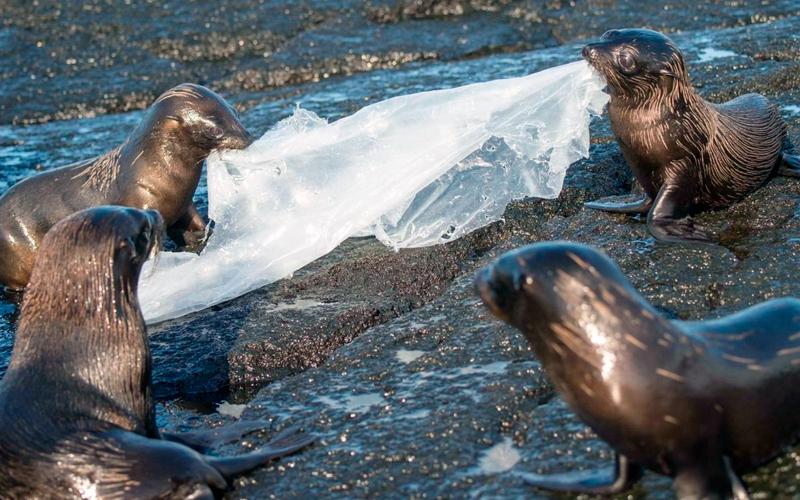 The flora and fauna of the Galapagos islands are in danger! Many species, especially the endemic ones,  are already officially declared as “endangered” or even “critically endangered” – which means, we won’t be able to admire them for a long time. The climate change, as well as many trash, is thrown into the sea cause great harm to our beloved penguins, blue-footed boobies and other animals. Also, the overfishing harms the marine-dependent animals, since we steal their food by doing so. Another very cruel thing killing animals is the black market with aphrodisiacs. Many sharks are hunted for their fins and many sea lions for their testicles. Both species die during the removal of the valuable body part. And they die just for some people paying a huge amount of money to eat sea lion testicles believing it will make them a tiger in bed. 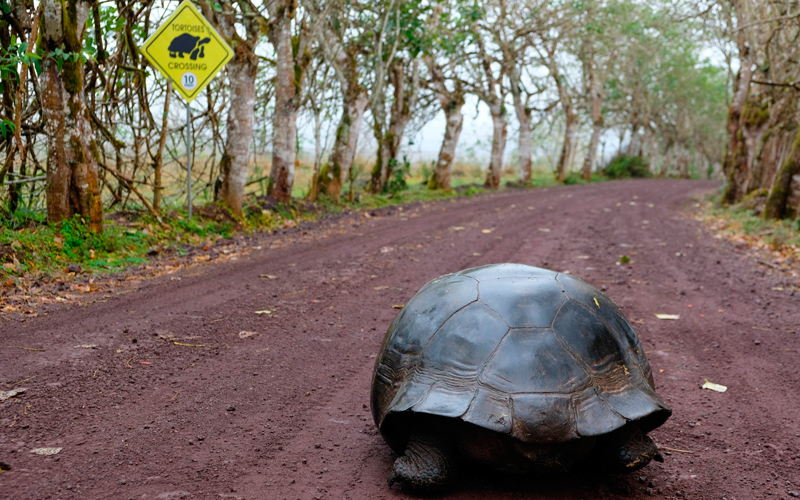 Since the Galapagos are stunning and pristine, they are well protected. In 1959, the islands became a national park and the Charles Darwin Foundation started its work protecting our beloved giant tortoises. In 1978, the whole world chose to protect this amazing piece of the earth by declaring it a UNESCO World Heritage Site. The national park was expanded in 1986 when also the surrounding ocean became a biological marine reserve – which made the Penguins, sea lions, and sharks way safer! In 1990, Ecuador decided to preserve the 16 whale species in the archipelago, like the humpback whale or the orca,  by declaring it a whale sanctuary. Nowadays, the children in Galapagos are taught about the flora and fauna in the archipelago and how to preserve it.

8. The rarest bird in the world can’t fly 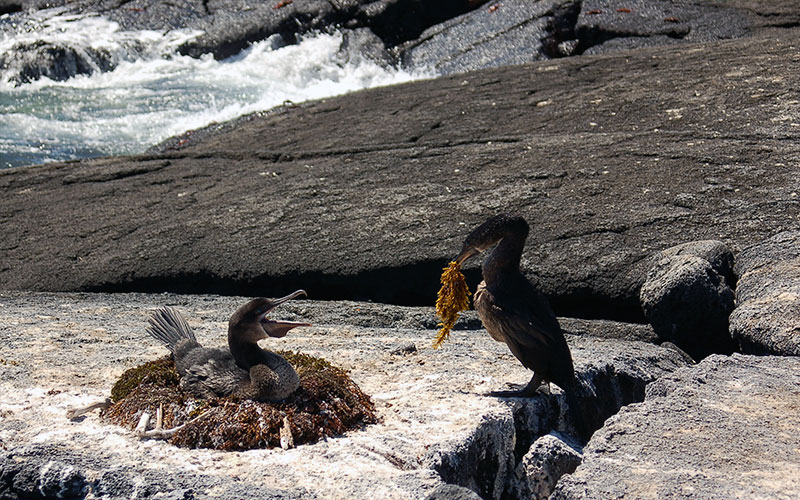 The award for the rarest bird in the world goes to the flightless cormorant.The lovable clumsy birds with their stubby wings are endemic to the Galapagos with way less than 2.000 individuals. Since its food source – fish and other small marine life – is endangered by climate change and fishing, it’s likely, that the population can drop even more. Also threatening the clumsy cutie are introduced aminals like dogs, since the flightless cormorant, well, can’t escape by flying away from them. But the national park does and will do everything within its power to save the clumsy cuties from extinction.