Ecuador is a country filled with history and culture, featuring numerous interesting traditional festivities. Some of which preserve their indigenous roots, and some others marked by the influence of the Spanish and Catholic culture.

Below you will find a short introduction to the most celebrated festivities in Ecuador. Which are really worth being a part of, not only because of the culture involved but also for the food and friendliness of Ecuadorians.

Carnaval is a festivity celebrated between the months of February and March.

This festivity starts on Fast Thursday and ends on Ash Wednesday. It serves as the last festivity filled with enjoyment before starting the fasting period. Furthermore, it coincides with ancient Ecuadorian festivities to honor nature’s fertility and the beginning of the blooming season.

When visiting Ecuador this time of the year, you can easily get involved in a water balloons friendly battle, or have an encounter with flour, foam and colorful powder flying through the air and landing on you or someone on the street.

However, cities like Ambato, celebrate carnival with flowers and fruits decorations all over the city.

Depending on your preferences you could either enjoy the parade just by watching it, or you can be a part of the festivity and wear a mask, and dance to the tunes played by the bands.
Traditional food for Carnaval includes: 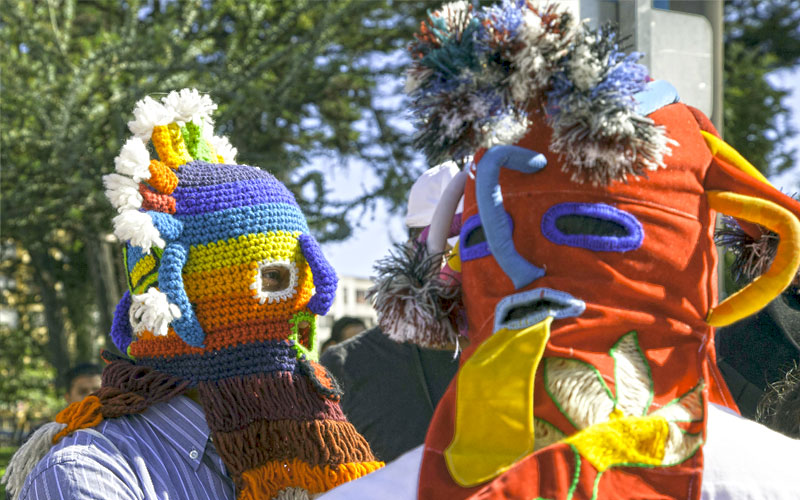 Inti Raymi is a festivity of the Andes region to honor the Inti, the Inca sun god. It is celebrated on June 21st, during the solstice. This day the sun is at its highest point of the year on the equator. This festivity related directly to the harvest-time.

Traditionally, food like beans, corn, potatoes, fruits, and the typical chicha drink are shared on Inti Raymi. Part of the food is saved until the end of feasting when it’s returned to mother earth, called Pacha Mama, as a token of gratitude for the great harvest, and to encourage her to begin a new, strong agricultural circle.

The Día de los Difuntos, Day of the Dead, celebrated on November 2nd.

When is believed that the dead return for just one night from the afterworld to visit their beloved ones.

Cemeteries are open all night long, as families get together to sing, talk, drink and even eat with their departed.

If you want to have a try on the traditional food for this day, ask for: 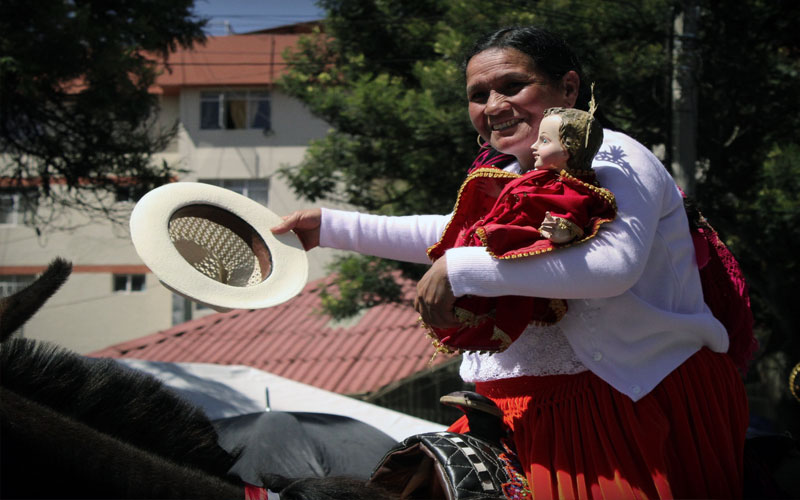 The Pase del niño is celebrated between the months of December and February inclusive. During this time, you will see many colorful processions, which are organized in honor of the birth of Jesus Christ.

Some of the participants are dress up as biblical characters. Even the smallest kids take part in the celebration. Due to globalization, you can even see some Santa Clauses participating.

While watching the processions, you can enjoy the typical food for these days, which are:

New Year’s Eve, symbolically defeat all the negative experiences of the endding year and welcoming the New Year. Monigotes, dolls made out of newspaper and wood shavings, are burnt on this day.

If you want to get rid of some negative experiences of the old year, you can just buy an “Año Viejo” doll as well as a mask and burn it at midnight.

The monigote tradition is highly important and celebrated all over Ecuador. These dolls can have different sizes, from just a few centimeters to over three meters. The characterization deals with political, cultural, social and ecological subjects in a critical, but humorous way.

In most cities, you will find each house, or even neighborhood exhibiting their own, creative monigote, which turns a walk thru the cities even more interesting than usual. Further celebrations and awesome fireworks will be launched everywhere.

It is no surprise to see streets blocked by men dressed as women, which represent it’s the widow of the ending year, begging for any coin, their interpretation may include dancing and flirting with car drivers.

Every time of the year has its own and unique festivities. If you’re not sure about when to visit Ecuador, maybe just make it dependent upon the time when your favorite celebration takes place.If you’ll like to play with water and foam while dancing on the street, check out the Ecuadorian Carnaval!

If you would like to be a part of Catholic traditions; come to Ecuador during the celebrations of Semana Santa.
If you’re a history-lover with a special passion for the Incas, you can immerse yourself into a vivid, “Inca” culture by watching the Inti Raymi celebrations.

Ecuador has a celebration and traditions for everything and everyone, visiting this unique country for any festivity will turn you into a storyteller and will make you feel astonished by the culture and history of such a wonderful place. 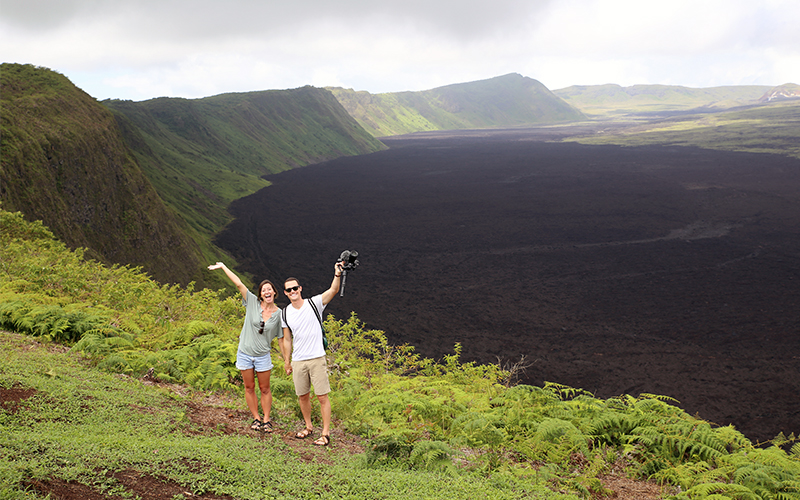 Honeymoon in the Galapagos Islands