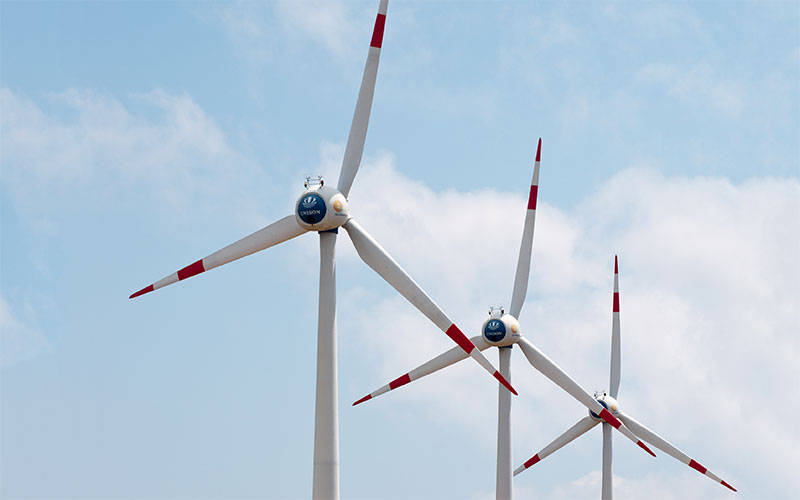 The Galapagos Islands have always provided a challenge to ecologists who want to preserve them but who recognize the need for locals to live there as well. One consistent problem has been energy: how do you get electricity to these far-flung islands?

Two of the Galapagos Islands, Floreana and San Cristóbal, are aggressively looking for alternative, eco-friendly sources of energy. The vision of these modern-day energy ecologists should pave the way for sustainable energy production for years to come in Galapagos.

Two of the Galapagos Islands, Floreana and San Cristóbal, are aggressively looking for alternative, eco-friendly sources of energy. The vision of these modern-day energy ecologists should pave the way for sustainable energy production for years to come in Galapagos.

Authorities on Floreana recently inaugurated two electricity generators which run on piñon oil. The piñon nuts are grown in the mainland Ecuadorian Province of Manabi, and the thick oil is an excellent substitute for diesel fuel. This new project is part of the ongoing “Zero Fossil Fuels in the Galapagos” campaign, which aims for complete independence from fossil fuels in the islands.

Many groups and individuals were part of this campaign. In addition to the federal government of Ecuador and the local governments in Galapagos and Floreana, the government of Germany supported this initiative, and Peter Linder, the Ambassador of Germany in Ecuador, was on hand when the new generators were inaugurated.

Floreana is the first island to be completely dependent on piñon oil for all of its energy needs. Administrators of Floreana pointed out the benefits of the new system: rates for electric use will remain the same and the island will have electric power 24 hours/day, not only 12 like they do now. The energy is clean, efficient and readily renewable. On the mainland, the increased production of piñon oil will create jobs in Manabí where the plants are grown.

The piñon oil energy program has been so successful on Floreana that they are considering expanding it to the town of Puerto Villamil on the island of Isabela.

Galapagos meanwhile, on San Cristobal Island they are planning a large solar power facility with the capacity to generate one megawatt of electricity. Like Floreana’s piñon oil project, this is part of the larger program to eliminate the usage of fossil fuels completely in the Galapagos Islands. The plant will cost an estimated six million dollars, which will be covered by the company Gigawatt Global.

The news from San Cristóbal gets even better. The plant will need at least two hectares of land and the town has designated an old dump for the site, rehabilitating an area thought to be commercially useless.

San Cristóbal already has turbines on a nearby hillside, which provide a great deal of electricity by harnessing the power of the wind. Once the new solar power plant is online, freedom from fossil fuels should not be far off.

The outlook is positive for the “Zero Fossil Fuels in Galapagos” program, which should have a lasting positive impact on the fragile Galapagos ecosystems. Let us hope that the program meets with continued success!

Learn more about these alternatives energies, by staying in a hotel in San Cristobal or Floreana, or visit these interesting ports on board any of our Galapagos Cruises.