How the Galapagos are being preserved 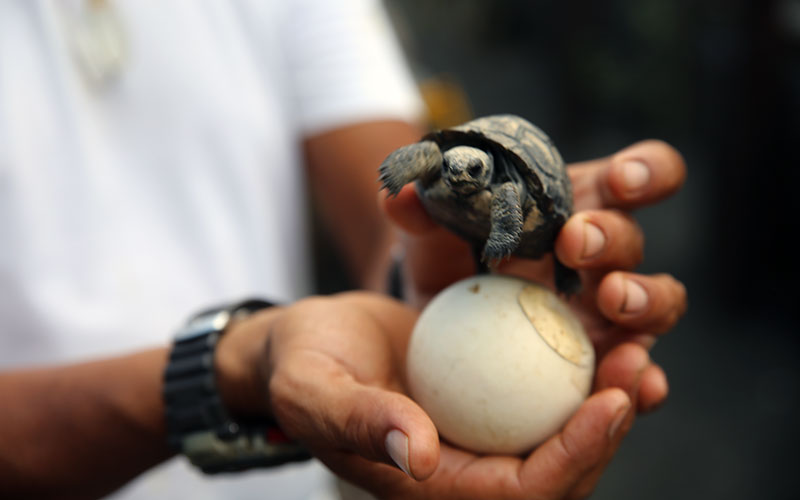 The Galapagos archipelago is not only magnificent, pristine and delicate but also unique in our world. Many people try hard to preserve this enchanted place. Claiming the islands a National Park and the surrounding sea a Marine Reserve is already a great effort. Actually, it is already one of the most preserved archipelagos in the world.

Even though this is quite cool, it sadly has to be said that already 5% of the original flora & fauna doesn’t exist anymore and, threats to the amazing nature in the Galapagos still exist. This means, that preserving this natural jewel in highly important.

Not only organizations help with this noble task, also Galapagos inhabitants and tour operators keep an eye on the archipelago. And you can and will take part in the conservation when visiting the Galapagos, too!

First a quick refresher to why we need to preserve those enchanted islands. You most likely already know that those islands with all their wildlife onshore as well as under water is amazing. So it would be a shame to just let this disappear from our earth – how else can you prove to your great-grandchildren your not a liar with excellent photoshop-skills when telling them about your unique Galapagos vacations. But the things which make it that important to act NOW are the threats which act on the Galapagos archipelago. 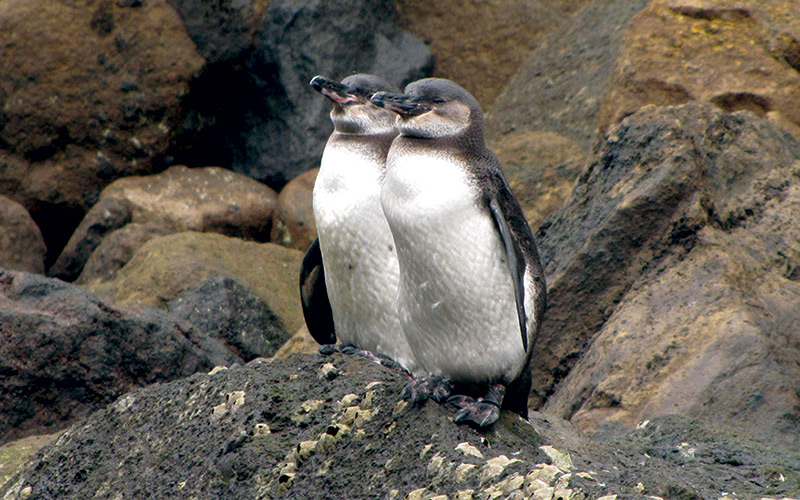 For example, many of the Galapagos birds like the huge, graceful albatross, the phenomenal red and blue-footed boobies and the cute Galapagos penguin prey on fish.

Well, fishermen do so, too. And with us humans getting more and more „successful“ in our fishing, the Galapagos birds suffer equally.

And did you know that a plastic bag underwater looks like tasty jellyfish in the eyes of our cute tortoises? And that eating plastic bags can easily kill them? Getting us to another of the threats: garbage. But most diffucult to avoid and therefore very threatening are foreign plants and animals like the hill blackberry, rats and parasitic insects coming intentionally or unintentionally with our boats to the Galapagos.

They spread rapidly and endanger endemic animals and plants by eating their food or eating them. Additionally to this, climate change and climate events like El Niño threaten the islands and their wildlife a lot.

Since the heated water is less nutritious, many fish and birds find way fewer food supply which makes them starve or lessen their reproduction. 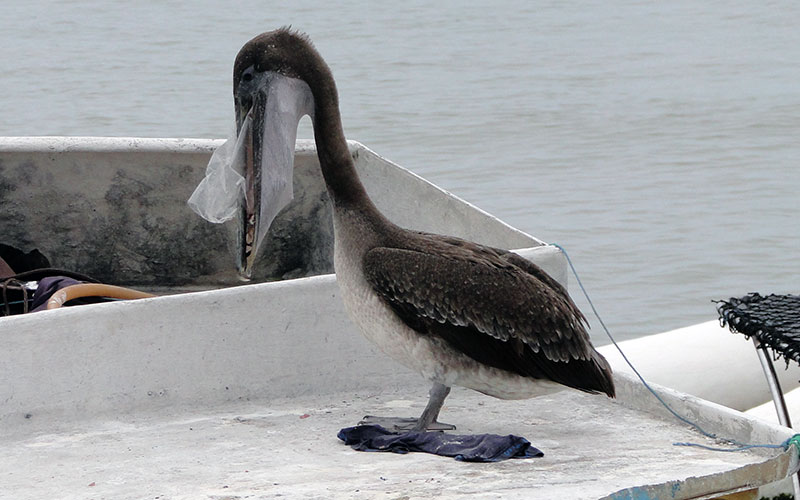 For those and more reasons, the archipelago already lost some of the species, Tomás de Berlanga might have seen when the islands were discovered. Maybe the worst day in Galapagos history if you get to ask the animals. Ever since then, humans coming to the archipelago exploited it.

In the older history of Galapagos, whalers, and pirates were using giant tortoises as living meat supply on their boats. Also famous Charles Darwin – who had the weird habit to try the meat of every single animal he studied – tried out on tortoises, iguanas, and other Galapagos animals when visiting the archipelago in 1835.

As non-profit organizations receiving the donations and using them to preserve the archipelago by many projects and research, the World Wildlife Fund (WWF) and the Charles Darwin Fundation (CDF) can be named. The WWF for example helps having an eye on the delicate archipelago so that no one can destroy it by illegal fishing and other evil deeds. Further, they want to implement ecotourism, so that when you visit Galapagos, you will do the least harm possible to its pristine ecosystem.

The CDF works in close cooperation with the Ecuadorian government and the Galapagos National Park Directorate . Since 1959 they have the licence to do research and other projects on the Galapagos having their heart at the Charles Darwin Research Station. If you want to learn about their work, a visit over there will be quite informative!

Recycling works quite nice on the Galapagos? The organic waste on the islands is composted right there. All the glass-products in Galapagos are recycled just on the islands and used as part of paving stones. When it comes to terms of energy, the inhabitants of the enchanted islands also go clean: they implement more and more solar plants and wind turbines! Also the fishermen, who earlier were such a great threat to the environment, now start to select their prey more conscientious. When for example fishing for lobsters, they try not to catch and if so, release the small, young lobsters as well as female ones with eggs. Already the smallest inhabitants of the Galapagos are taught in school about endangered species and how to preserve them.

The tour operators and tourists coming to the islands also have to follow many regulations in order to help preserve the archipelago. The cruise ships need to use desalinization systems as well as biodegradable soaps and shampoos. When visiting an island, you will always have to wash your shoes; not to style up for boobies and iguanas, but to make sure you don’t carry any plant seeds to the island. This ensures, that no foreign plants settle on a new island and threaten local plants. Doesn’t have to be mentioned that you should keep your garbage in your backpack.

The tour guides function not only as a guide and a treasure chest of wisdom but also as spies in the name of nature. Whenever they notice a drop in, for example, the penguin population or any tourist causing harm to any animal, they will report this to the Galapagos National Park.