About 15 years ago, the electricity would shut off at 10 pm every night in the small towns on the Galapagos Islands.  Since then, the technology made available to the Galapagos inhabitants and tourists has evolved and in addition to 24 hours of electricity access on the inhabited islands, the Internet has begun to make an appearance.

The use of the Internet has become so wide-spread that even people who generally look to escape “reality” for awhile in such a far-flung destination as Galapagos are constantly asking:  Do the Galapagos Islands have internet?

Some islands have access to the Internet, but this access is not as widespread as other popular destinations and must be sought out. Here is some basic information about accessing Internet on the islands.

In both San Cristobal and Santa Cruz Islands, there are lots of little cyber cafes and internet centers where guests can use the public computers for about $2 an hour. Certain places offer WIFI connection and some of the more popular touristy restaurants now offer free WIFI for their customers. Smaller shops have phone booths as well as souvenirs at the register so you can pick up that famous “I love boobies” t-shirt after disconnecting!

While connecting is an option, it is not the most ideal form of communication. Connections are often slow, the power tends to spontaneously cut out, and understanding someone via Skype can be a nightmare. However, it is still faster than sending a message in a bottle, or using the Post Office Bay mail system on Floreana Island. 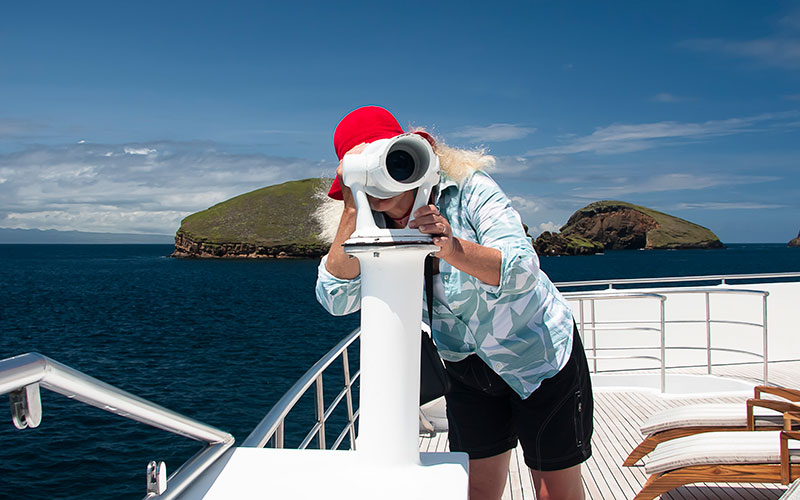 With regards to Internet access from a cruise, most island destinations accessed by ship itineraries are too far remote to receive efficient signals for internet use.  However, close to the inhabited islands of the archipelago, you may have a better chance.

Some of the larger cruise ships do offer occasional Internet service from the ship itself for quite a costly fee, and the connections are irregular and slow at best.

Many travelers decide to bring their laptops to upload photos, store movies, or play DVDS. This is recommended to have a backup for storing photos, and Galapagos is a safe area for tourists to carry such possessions. Be careful carrying around a laptop in mainland Ecuador – this can draw much attention and become a target for muggers.

Whether guests decide to bring a laptop or prefer to just pop into a cyber joint for a soda and some catching up on email, both options enable travelers to touch base with home, letting friends and relatives know they are alright.

While Darwin’s Theory of Evolution certainly did not include evolution in technology, the islands certainly have come far in a short amount of time!

To discover for yourself these incredible, remote islands, check out our free trip planner! Our Galapagos experts will be happy to jumpstart your next vacation plans.