Every year, thousands of visitors come to the Galapagos for the trip of a lifetime. A plethora of island and cruise activities keep them busy. Yet many of them may have time to ponder how the Galapagos got its name. 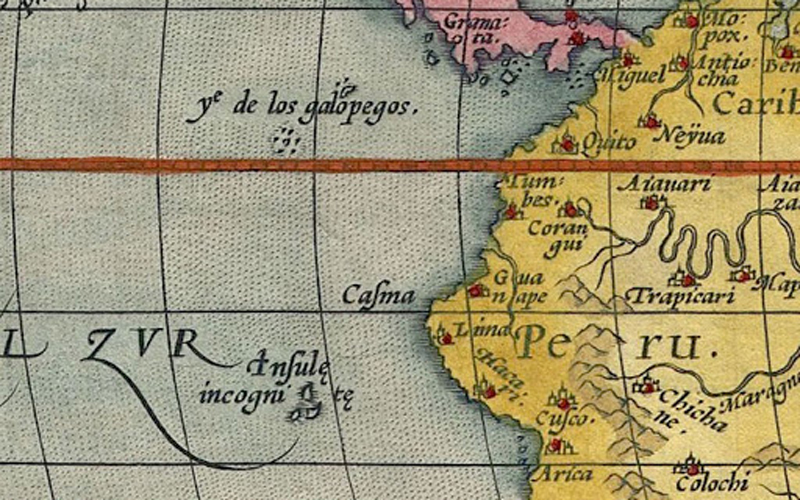 The Inca claimed to have discovered some islands in the Pacific, but it is not known for sure if they ever found their way to the Galapagos.

The first confirmed visitors to the Islands were the Spanish exploring their newly-conquered territories.  Bishop Tomás de Berlanga washed up there in 1535 en route from Panama to Peru.  The Bishop and his shipmates were not impressed.  He said the islands were worthless and barren.

Nevertheless, Berlanga’s description of iguanas, sea lions, and tortoises was disseminated far and wide. He was especially attracted to the tortoises.  The ones he saw were of the saddle-backed variety, and so he nicknamed them “Galapagos” after a certain type of saddle popular during that era.  This was soon the name that became associated with the islands.

When Flemish mapmaker Abraham Ortelius published his Atlas in 1570, he referred to the islands as “Insulae de “Los Galopegos”,” or “Islands of the Saddle-backs.”  The Islands have been referred to as “Galapagos” ever since. 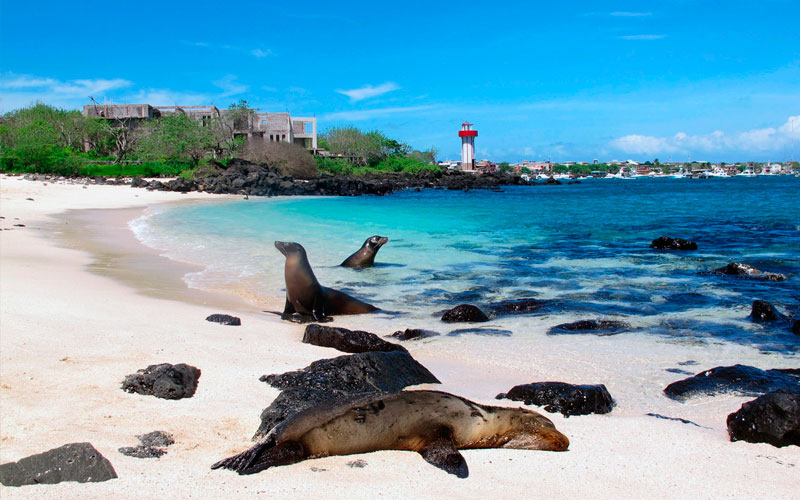 Other names are commonly used to refer to the archipelago.  The most famous one is “the Enchanted Isles.”  This name also dates back to the colonial period.  As Spanish sailors approached the islands, the treacherous currents and the swirling mists caused them to frequently lose sight of islands right in front of them earning them the title “enchanted.” Although enchanted places were considered menacing and ominous back then, it sounds a lot nicer today!

The Archipelago of Columbus

According to the Republic of Ecuador, the official name of the Galapagos Islands is the “Archipiélago de Colón” or the Archipelago of Columbus.  This odd name dates back to 1892 when the world was gripped with the 400th-anniversary celebration of Christopher Columbus’ famous voyage of discovery.

It’s a bit absurd since Columbus never got anywhere near the islands.  Nevertheless, the “Archipelago of Columbus” became the official name.  Many of the islands have individual names that reflect Columbus and his voyage.  Isabela Island is named for Queen Isabela of Spain and San Cristóbal Island (St. Christopher) is in honor of Columbus himself.

Visiting the Galapagos Islands means knowing about history and the unique wildlife only found in the fantastic destination, so wait no longer and start planning your next vacation! Check out current promotions and inquire with the experts today.