Galapagos: travel destination of the rich and famous! In recent weeks, the islands have hosted some well-known visitors.
Over a century ago, British naturalist Charles Darwin made his legendary visit to the islands.

On March 2009, the Prince of Wales and the Duchess of Cornwall spent one day in the islands. Nevertheless, they managed to pack quite a bit into their brief time there.

Charles and Camilla became official “godparents” of a tiny, two-year-old tortoise during a visit to the Charles Darwin Research Station.

It is a Galapagos tradition to allow visiting dignitaries to “adopt” a baby tortoise at the breeding station and give it a new name.

The tortoise formerly known as “53” from the number painted on its back has been renamed William, after Charles’ eldest son. While at the breeding center, the couple took the opportunity to meet Galapagos’ most famous resident: Lonesome George, last of the Pinta Island giant tortoises. 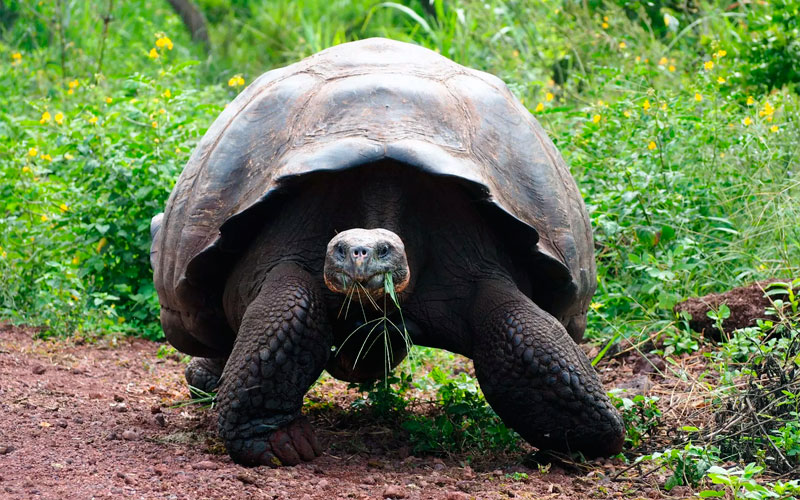 Prince Charles is committed to fighting climate change in the world and was on a ten-day trip to South America to bring attention to his cause.

He received the red-carpet treatment at all of his stops, including Chile and Brazil, where he was greeted by the sitting Presidents of those nations. Ecuador sent former Vice-President Lenin Moreno in place of the former President Rafael Correa.

The Prince took the opportunity to talk about the environmental challenges facing the world today. He lauded the Galapagos for the ongoing efforts to protect endangered species but warned of the dangers of allowing too many tourists to visit.

He acknowledged that this was the great challenge of Galapagos: how to manage tourism in an environmentally friendly way.

The Prince of Wales is not the only internationally known figure to visit the Islands. Richard Gere, the award-winning star of such films as Pretty Woman and An Officer and a Gentleman, toured the islands with his family while on vacation.

He, too, met Lonesome George and spoke publicly about his interest in preserving the islands. Gere, known for adopting causes such as freedom for Tibet, offered to assist the National Park by speaking out for conservation.

He also mentioned his admiration for the park rangers and the job they do. Gere had tried to remain incognito on his trip, registering under a different name, but eventually accepted that his cover had been blown and talked with reporters.

Hopefully, these celebrities and their support for Galapagos conservation will bring the attention of the world to the problems facing the islands and the visionary men and women who are doing all they can to preserve them for posterity.