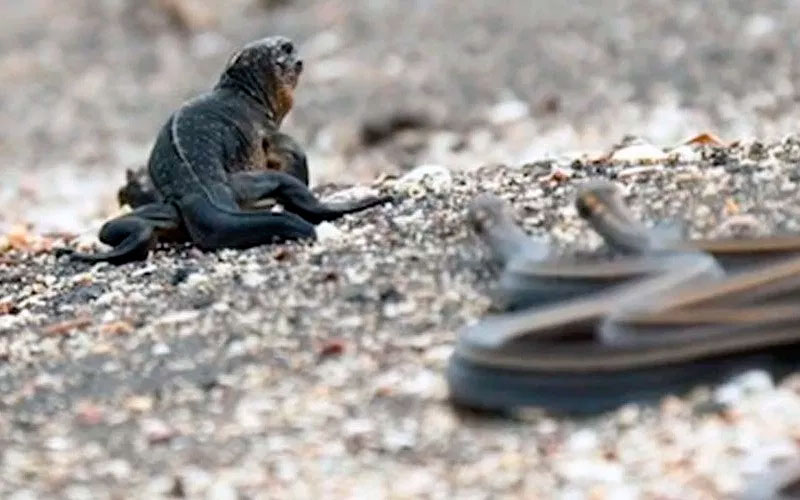 The Galapagos Islands is a magical place that welcomes many species, the majority of them being endemic to the islands that attract and surprise many visitors from all around the world. It seems biodiversity sees no limits in the insular region of Ecuador.

However, there are many endemic species that are more famous than others, the most well-known species (in the majority of cases) are the Giant Tortoises, the blue-footed boobies, and the Galapagos Penguins.

The Galapagos Racer is one of those endemic species that live under the shadows of the most famous ones. This snake species is part of the Colubridae family, this is the largest snake family of the whole world and can be found all around the globe except the Antartic continent.

So… Since it’s a snake, is it dangerous?

The answer is no, the Galapagos Racer isn’t venomous, in fact, its friendly towards humans, it makes no harm at all!

But when the Galapagos Racer is hungry it hunts small reptiles, eggs, bird hatchlings rodents and even small fishes, making it the only terrestrial snake in the world that has tasted the flavor of fish.

There are two subspecies of The Galapagos Racer: The Eastern and The Western Racer. The main difference between these two subspecies is that the second one is darker, larger and longer than the first one.

However not everything is happiness for the harmless Racer, nowadays the endemic species is considered near threatened, this is due to introduced species such as pigs, cats and goats. Another important fact is that the Galapagos Racer is one of the 3 species of snakes that inhabit the Islands, it is important to help preserve this species since its one of a few and also another of the beautiful endemic species that contribute to the uniqueness of the Islands.

The Galapagos Racer may not be as recognized as other endemic species from the Galapagos Islands, but it has taken its part in Internet History. On November 8th, 2016 a segment from the BBC documentary, Planet Earth II was published on to youtube, the video soon became viral and it now sits at 13.255.425 views. This video shows how a marine iguana escapes from many of our fellow Galapagos Racers, the iguana may be the protagonist in this intense nature scene but it couldn’t have shined without the presence of the Galapagos Rac