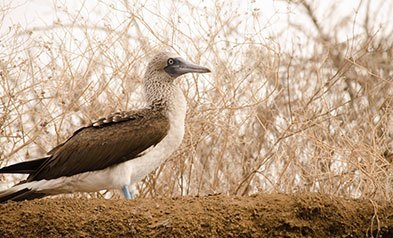 From June to December the southern trade winds bring the colder Humboldt Current north to the Galapagos. This means that the water is cooler, and a layer of high atmosphere mist pervades the island skies.

In effect, the highlands of the larger islands are kept green and lush while the sea level islands and shorelines have little precipitation. Thus, June to December is generally called the "dry season" which is known for its blue skies and mid-day showers.

During this season the tourists may observe a large number of species around the islands and in the sea such as giant tortoises, humpback whales, blue-footed boobies, cormorants, oyster catchers, lava lizards, Galapagos hawks, masked boobies, swallow-tailed gulls, sea lions, lava herons, brown noddies, and penguins. Due to the water temperature, it is the perfect time for diving. 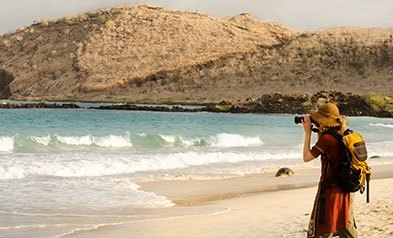 The time period between December and May is considered the "wet (warm) season." During this warmer season, the Galapagos' climate is more tropical with daily rain and cloudier skies. Also, the ocean temperature is warmer for swimming and snorkeling.

During this season the tourists may observe a large number of species around the islands such as marine iguanas, sea turtle, land iguanas, flamingos, white-cheeked pintails, masked boobies, marine iguanas, albatross, and blue-footed boobies. Since the water's warmer, snorkeling is highly recommended during these months. 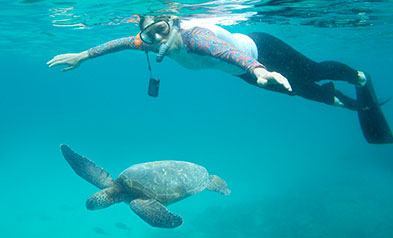 The Humboldt Current's influence brings cold waters especially during the misty, rainy season (cool weather) from July to December. "El Niño" current may bring warm waters to the Galapagos and will make the surface warmer and rainfall increase (January to June).

The water temperature varies during the year.

When is the best time to visit the Galapagos?

The Galapagos is a place that can be visited at any time. There are two seasons: The warmest is between December to May when the sky is always clear and the sun shines strongly. If you love to dive, the best time to visit is between June and November because the temperatures are a bit cooler, and you will have a better chance to observe the Galapagos’ famous marine life.

Flights Travel Regulations When to go FAQs Big or Small boat
Our website uses cookies to ensure you get the best experience. More info That's Fine