La Ronda one of the most traditional old streets in Quito, is probably the best place to capture the feeling of a 19th century Quito, time when this street served as the entrance to this wonderful city.

This road also that leads to Quito’s indigenous past, back in those ancient times was not called “La Ronda”, as named by the Spanish, or as we know it today, but it is assumed that its original name was to “The Chaquiñán” a term that now translates as road or trail. Presumably, this small street and found established and traced to 1480, when the Incas first came to Quito. 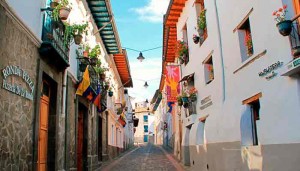 Now at days there are some typical Ecuadorian food restaurants, bohemian cafes, a legendary cheap restaurant, and a traditional candy shop. Manufacturers of decorative candles, healers (curandero), musicians, you can also find the delicious canelazos (traditional liquor), with delicious “empanadas de viento” (kind of pastry which is fried).

Casa 707 has served as the scenery for many free artistic performances, giving preference to Ecuadorian music.

Casa de las Artes de La Ronda is a cultural center created with the purpose of housing art exhibitions and as a training space for future artists, in other words, it seeks to rescue the creative spirit of La Ronda. 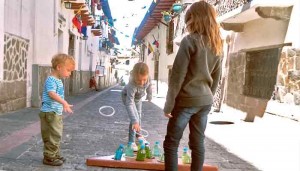 Quito, the capital of Ecuador is a city filled with culture, traditions and a rich history that you can experience with the help of Galapagos Travel Center, and the expertise of our Trip Advisor, you can have the vacation you have always dreamed of.