Panecillo the Virgin that Admires Quito 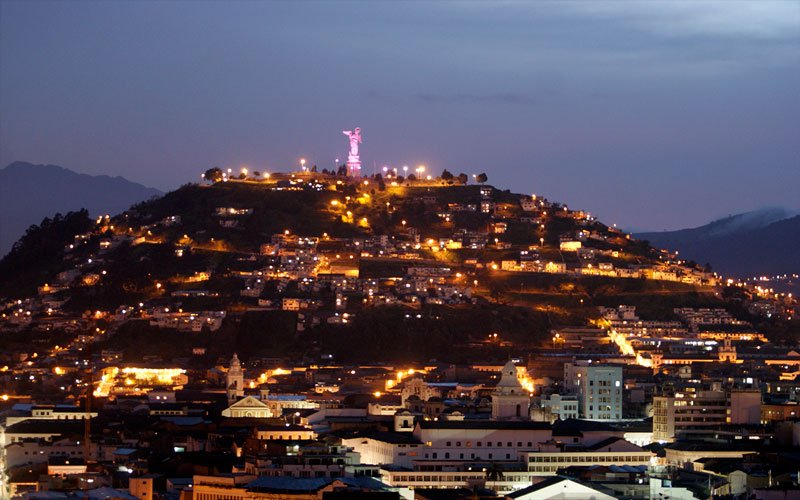 One of the most noteworthy landmarks in Quito is the Panecillo. This 200-metre-high hill is crowned with a 45-metre-tall statue of the Virgin Mary who overlooks the historic centre of the city. The hill was the site of an indigenous temple of sun before the Spanish destroyed it during the conquest of the region. The name “panecillo” means “small bread roll” in Spanish.

The iconic statue of the Virgin was inaugurated in 1976. Spanish artist Agustín de la Herrán Matorras was commissioned by the religious order of the Oblates to build a 45-metre-tall stone monument of a madonna which was assembled on a high pedestal on the top of Panecillo.

The statue is made of aluminum and stands upon the base of a large pedestal, which features a globe and a snake under the Virgin’s feet. It is possible to enter inside the pedestal and climb up inside the statue, also inside there is a museum with pictures of how the monument was built and descriptions of the entire process from how the aluminum pieces were built until how they were brought from France to Ecuador and how they were assembled once in Quito. The monumental structure can be seen rising on top of the Panecillo from many parts of the city.

One very unusual feature of the Virgin of the Panecillo is Her wings. There are few depictions of the Virgin Mother with wings like an angel, and this prominent feature is very distinctive. The statue on the Panecillo was modeled after the famous sculpture known as The Virgin of Quito carved by Bernardo de Legarda in 1734. The original sculpture can be found today on the main altar in the

Other iconographic features of both the original sculpture and the giant replica on top of the Panecillo include Her crown of twelve stars, the broken chain She holds in Her hands, and the crescent moon at Her feet. These details are inspired by the description of the Woman of the Apocalypse in the Book of Revelations.

From the Panecillo, the entire city can be viewed with a highly privileged sight. And even more, walking to the southern corner of El Panecillo several mountain peaks and volcanoes from the Andean mountain range can be observed. Below the monument, at a really short walking distance there is a stone monolith that according to research performed, is an energy point aimed directly at the planet’s core.

It was legendarily believed that the Incas built it; however after recent investigation it showed to be built after the arrival of the Spanish. Any visit to Quito would not be complete without climbing up the Panecillo. This landmark is the perfect place to learn about the history of Quito and enjoy the stunning views from the summit. On clear days, one can see the majestic peak of the volcano Cotopaxi from the Panecillo.

A Quito city tour is the perfect trip extension for your cruise in the Galapagos. Ask your trip advisor about a Quito city tour, and discover the wonders of the Panecillo and the historic centre of Quito. 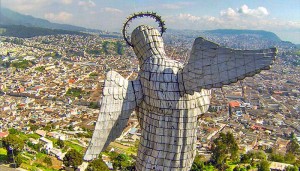