Although most of the birds who make Galapagos their home feed on fish, crabs, squid and other marine life, there are many who feed on land or in the few freshwater bodied of water found inland. Of these, the most notable (from a historical perspective) are the mockingbirds and finches that so fascinated naturalist Charles Darwin. There are others, however, no less remarkable. Here's a field guide to some land birds commonly seen by visitors:

There are 13 different species of finches found on the different islands in the archipelago, and naturalists believe they all descended from a common ancestor that somehow found its way to the islands ages ago. Some look so similar that it takes a trained eye to tell them apart while others look so different it is difficult to believe they are the same species. Generally, Galapagos finches are small birds with small pointy beaks who flit around in low shrubs and on the ground. It is their evolutionary paths that makes them so interesting: some eat seeds, some insects, some feed on the ground, some on shrubs. They have evolved to perfectly fit with their environment and not compete with one another.

The Galapagos finches will forever be associated with Charles Darwin, the great nineteenth-century naturalist who used them to illustrate his Theory of Evolution. Ages ago, a single finch species made its way to the Galapagos. Today, there are thirteen different species of finch spread out over the islands, each of which has adapted to its specific environment. Your naturalist guide will be happy to point them out to you and explain the adaptations made by each sort of finch over the years!

Although his name will forever be associated with the finches, initially Darwin was much more interested in the mockingbirds that he found on the islands. These clever birds are larger than the finches and have a salt-and-pepper coloration. On some islands, they have curved beaks, on others, their beaks are straight. There are four different species of mockingbird in the islands. They continue to evolve: the Española mockingbird has learned to ask tourists for water: it is the only one to do so (don't give them any, by the way). The mockingbirds have an interesting social structure: they band together in groups of up to 40 birds and stake out a "territory," chasing away other birds who encroach on their turf.

The short-eared owl doesn't actually have "ears" like mammals do, but rather tufts of feathers that resemble ears and gave them their name. The best place to see them is on Genovesa island, although they can be found everywhere. Unlike most owls, they hunt during the day, usually in the morning and evening. They feed on small mammals like rats and mice as well as small birds and reptiles.

Until the arrival of humans, the Galapagos hawk enjoyed the status of top predator on the islands: they had no natural predators until humans introduced cats, dogs and other animals. This endemic hawk feeds on rats, mice, reptiles and smaller birds. They are tough, swift and strong, and capable of taking out a medium-sized iguana if they are hungry enough. They also feed on small Galapagos tortoises, although these days most small tortoises are raised in captivity. They have been known to eat carrion as well, such as dead goats. They are found on every island.

This attractive bird can often be seen scurrying along the ground in brushy, rocky areas. They have reddish-brown plumage and striking blue circles around their eyes. They eat seeds and insects and tend to be very shy, although if you move slowly enough you can usually get a good look. They tend to prefer dry areas to wet highlands.

Not native to the Galapagos, the smooth-billed ani arrived within the last 50 years. It's a largish, black bird: if you get a quick look at one, you may mistake it for a crow. Like other introduced species, there is an effort underway to eradicate it. It eats insects and small reptiles. 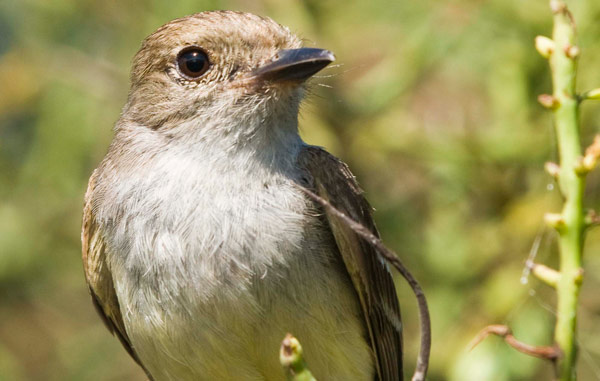 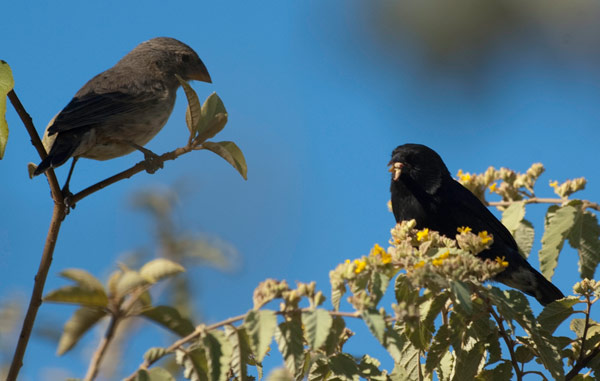 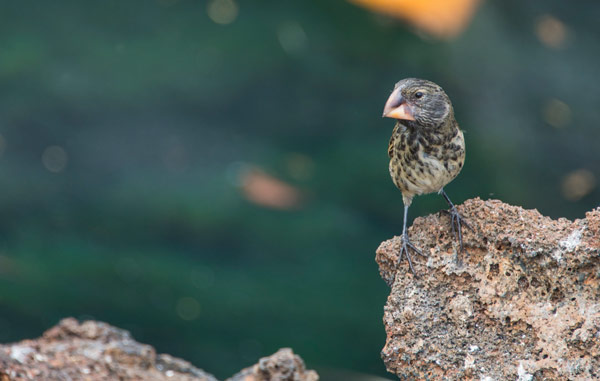 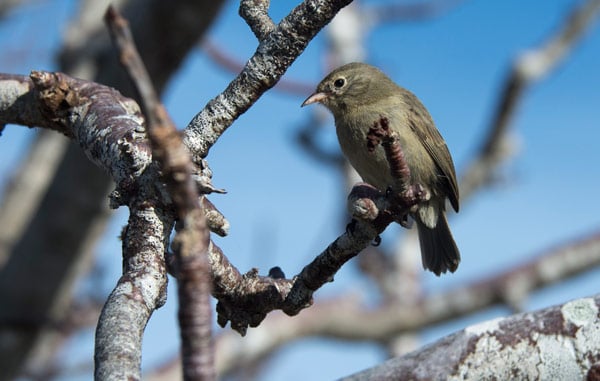 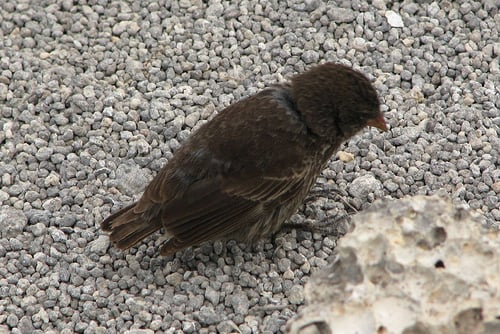 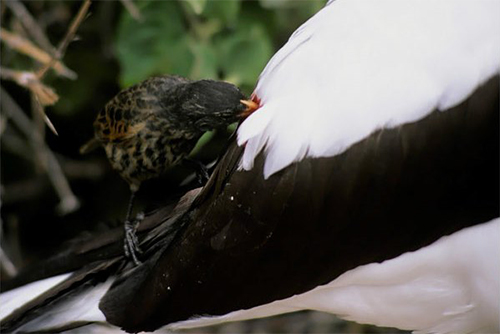 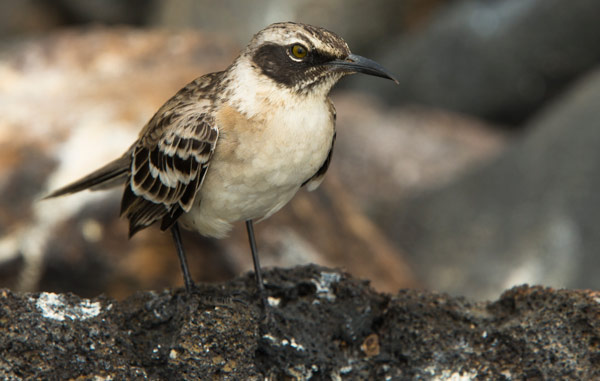 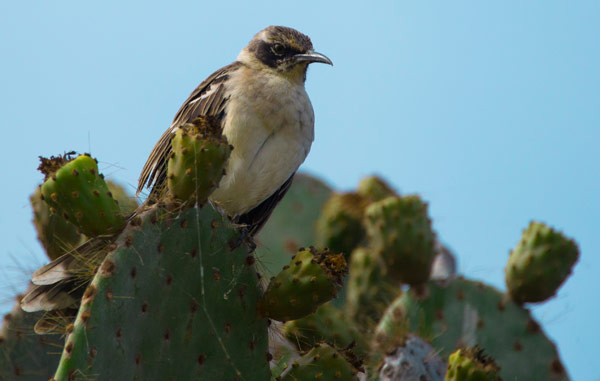 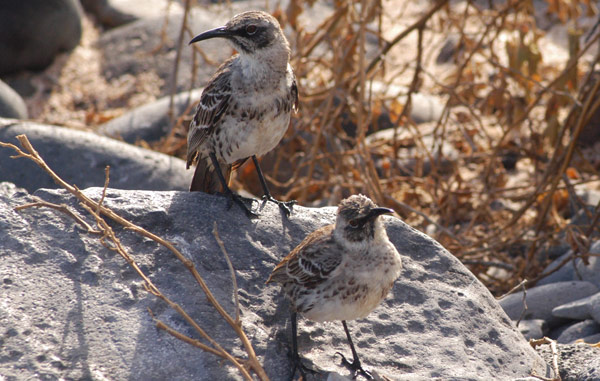 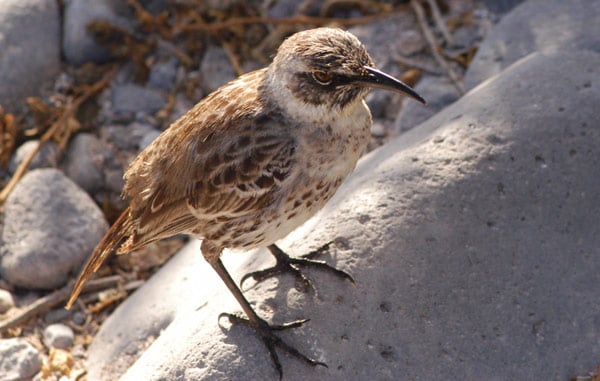 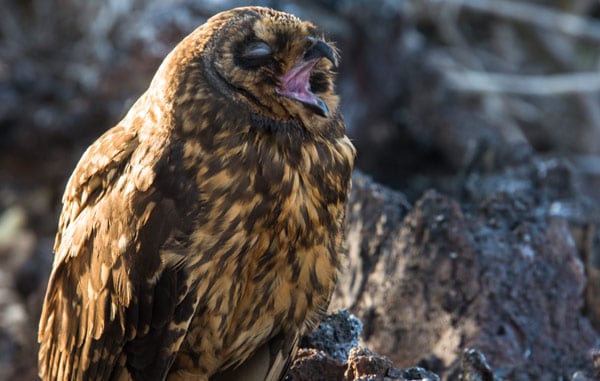 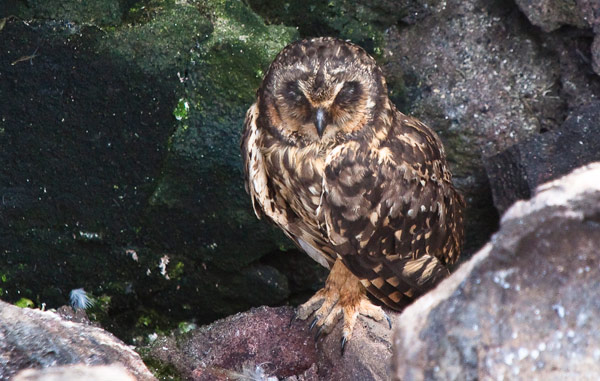 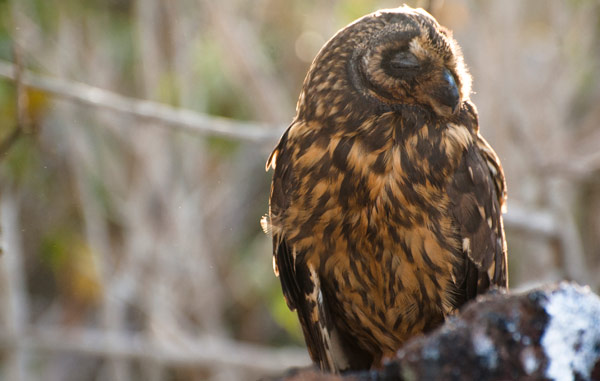 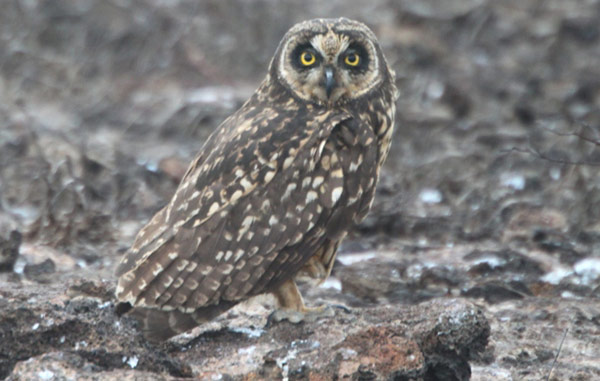 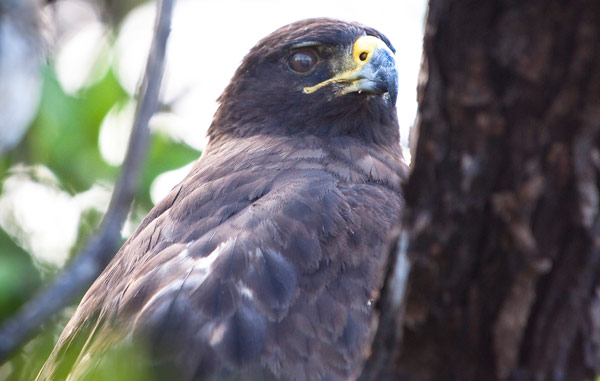 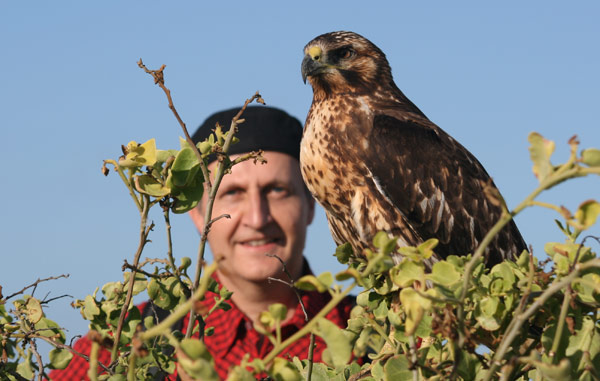 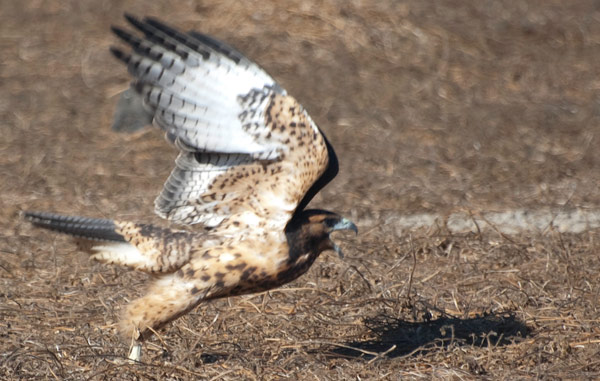 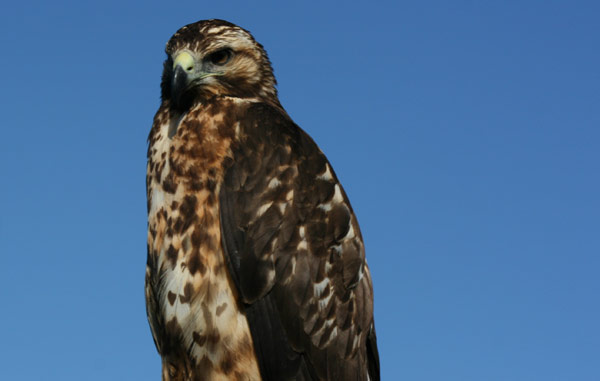 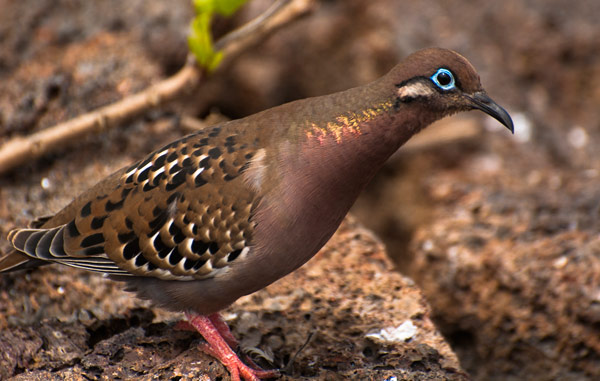 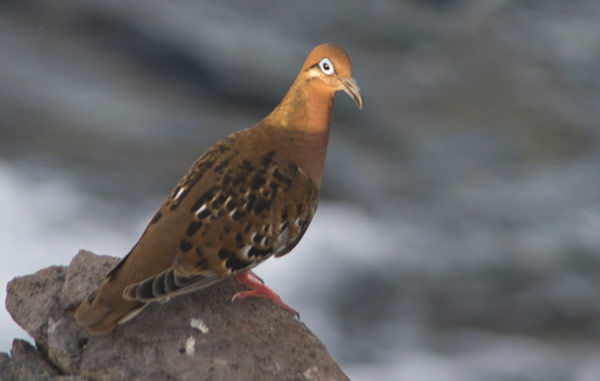 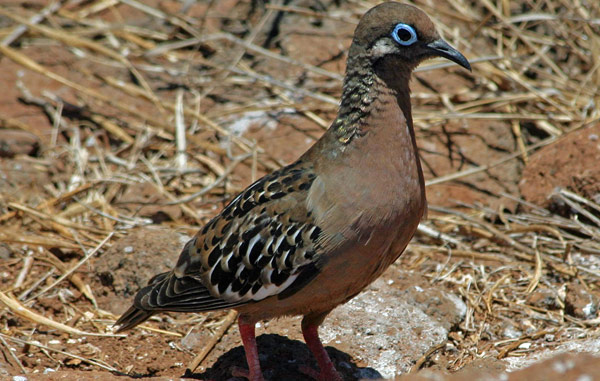 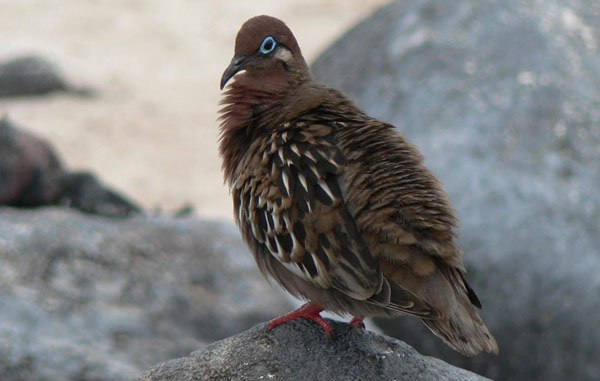 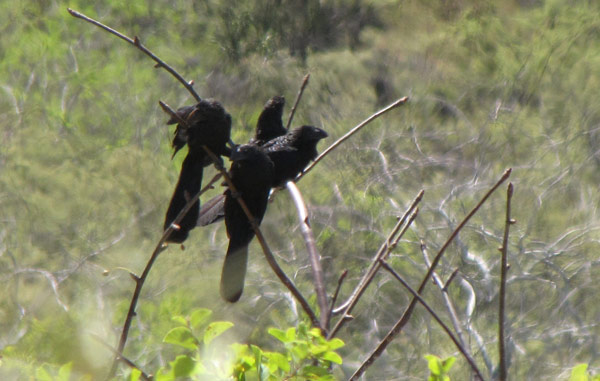 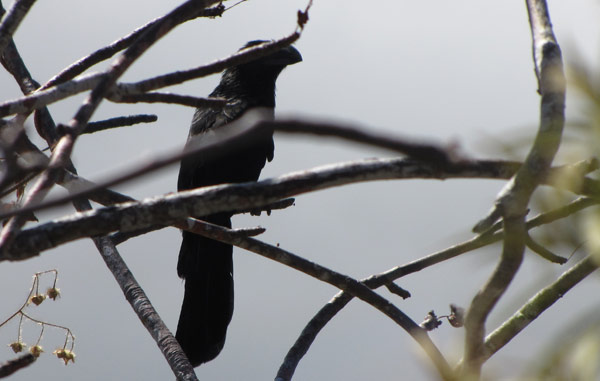 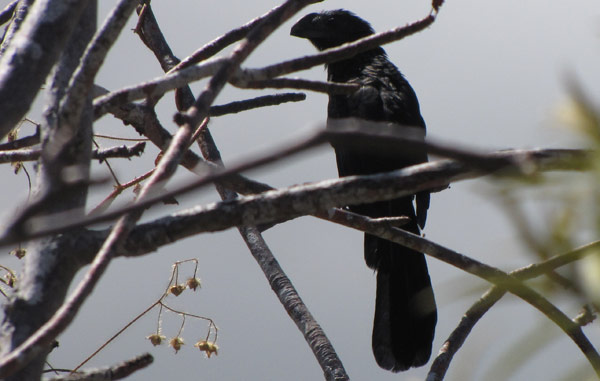 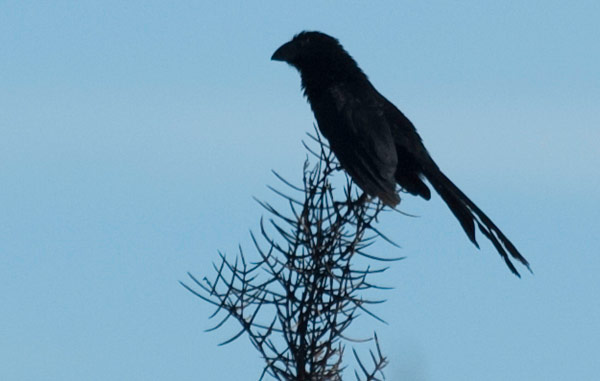 Previous Next
Our website uses cookies to ensure you get the best experience. More info That's Fine