When do you want to travel?

Get a Free Cruise Quote with the Galapagos Experts

Most famous for its view from land, Bartholomew also has a lot to offer below the sea: fascinating lava and rock formations, white- tip sharks, rays, palegic fish, reef fish, rays and turtles.


» Back to the Galapagos Islands map
» Cruises that visit Bartholomew Island

The Pinnacle Rock: A Galapagos Icon

It seems that everywhere you go in the Galapagos Islands, you see a postcard-perfect view in all directions. The Galapagos Islands are beautiful (not for nothing, as they are a finalist for the New Seven Wonders of the World Competition!), and white-sand beaches, underwater wonderlands and lush highlands are just part of the package. The most-photographed of all of these Galapagos postcard views is without a doubt the view from the top of Bartholomew Island. It is in many ways the quintessential Galapagos photograph: smiling visitors, with the unmistakable Pinnacle Rock in the background, all framed against a tranquil Galapagos sea.

For all the attention it gets, Bartholomew is in many ways a relatively small and unassuming island. A former volcano, it is rocky and dry, its landscape looking more otherworldly than that of many of the other islands. It does not have much vegetation and the wildlife consists of a few lava lizards and insects in addition to the marine life found along the shore. But what Bartholomew lacks in wildlife it makes up for in scenery, for at the top of a steep wooden stairway is a magnificent 360 degree view, including the perfect angle from which to take a family photo with Pinnacle Rock and the ocean in the background. It makes the 30 to 40 minute climb up the stairs worth it!

Pinnacle Rock is a tall, pointed formation just off Bartholomew's shore, easily recognizable as a Galapagos landmark. Although some say it was formed naturally, others believe that it was formed by the United States Air Force during World War Two, when there was a base on nearby Baltra Island. The pilots used rocky Bartholomew Island as a target for practicing!

Between the lookout point and Pinnacle Rock, the island narrows and there is a good beach on each side. Most visitor ships take their guests there to snorkel in the shade of Pinnacle Rock, one of the best snorkeling spots in all of the Galapagos Islands. The underwater landscape at the base of Pinnacle Rock is beautiful and clear, and home to sea lions, sharks, rays, octopi, fish and even a friendly colony of rare Galapagos Penguins! For many visitors, Bartholomew Island will be their best chance to swim with sea lions and get a good look at the penguins.

Even if you don't want to snorkel, Bartholomew's beach is good for swimming or simply taking in some sun. Keep your eyes on the air: the island is home to many Blue-Footed Boobies, and they like to fish in the waters off of Pinnacle Rock. Lucky visitors are treated to an unforgettable show as the birds soar high in the sky only to plummet straight down trying to catch fish to eat.

Bartholomew Island is a memorable part of any ship's itinerary: but be sure to bring your camera and snorkeling gear! 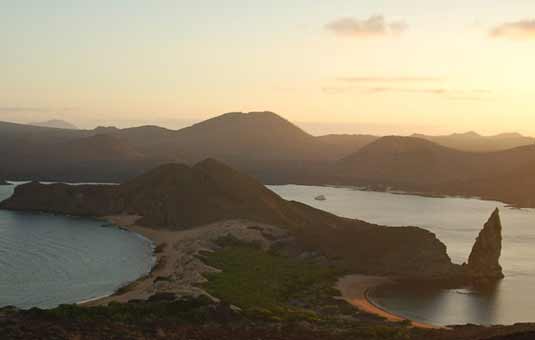 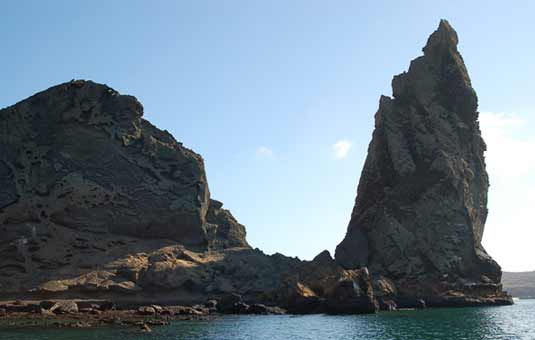 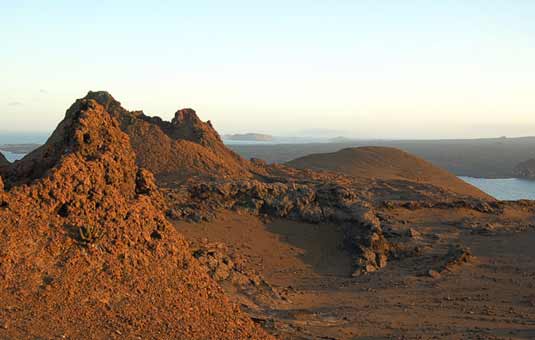 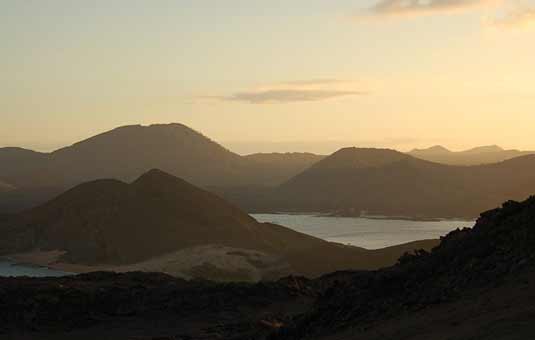